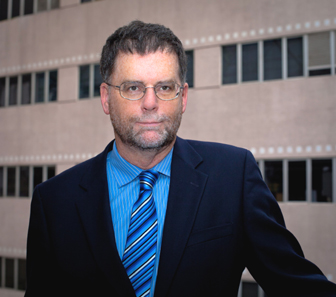 Office: CEC910
Office phone: +852 3411 7320
Email: This email address is being protected from spambots. You need JavaScript enabled to view it.

Douglas Robinson is a critical theorist interested in human communication as grounded in human social interaction, and specifically as circulated pragmatically through literature, rhetoric, and translation.

His "somatic" and "performative" theories of communication have broken new ground in:

American Apocalypses: The Image of the End of the World in American Literature (Johns Hopkins UP, 1985)

Estrangement and the Somatics of Literature: Tolstoy, Shklovsky, Brecht (Johns Hopkins UP, 2008)

Displacement and the Somatics of Postcolonial Culture (Ohio State UP, 2013)

Translation and Taboo (Northern Illinois UP, 1996)

Translation and the Problem of Sway (John Benjamins, 2011)

The Dao of Translation (Routledge, 2015)

The Deep Ecology of Rhetoric in Mencius and Aristotle (SUNY Press, 2016)

His most recent work is in the deep ecology of rhetoric, translation, and knowledge transfer.